FAR Moving ahead, Burkina not as Much… (Special Post by JCVD) 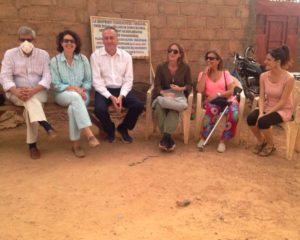 Photo 1: This year’s travelers, with María Bacardit (“petit María”), waiting to be received by the Naaba (the traditional leader) of Zongo.

Once again at this time of year, we travelled to Rimkieta to attend to our institutional relationships, as well as our social contacts, whom we must also take into account. Chus Moldes, Eva Morcillo, Mercè Casanovas, Fernando Infiesta and I (Photo 1) went. The way there, during the day, was as comfortable and as much fun as always. The return trip, by night, was not so much fun nor as comfortable… as always….The lodging there, a house with service for the five of us, was much better and less expensive than a hotel – a great idea “the Marias” had.

Under a tight schedule (Photo 2), as María always prepares for us, and an arrival with a phenomenal welcome committee, this year I’m going to share my impressions with you through photographs that will help transport you to Rimkieta and Zongo, along with comments from people we trust there. The former is very good. The latter could be better… But we maintain the excitement and effort we always have, buoyed up by your continued support and the thankfulness of those fine people. 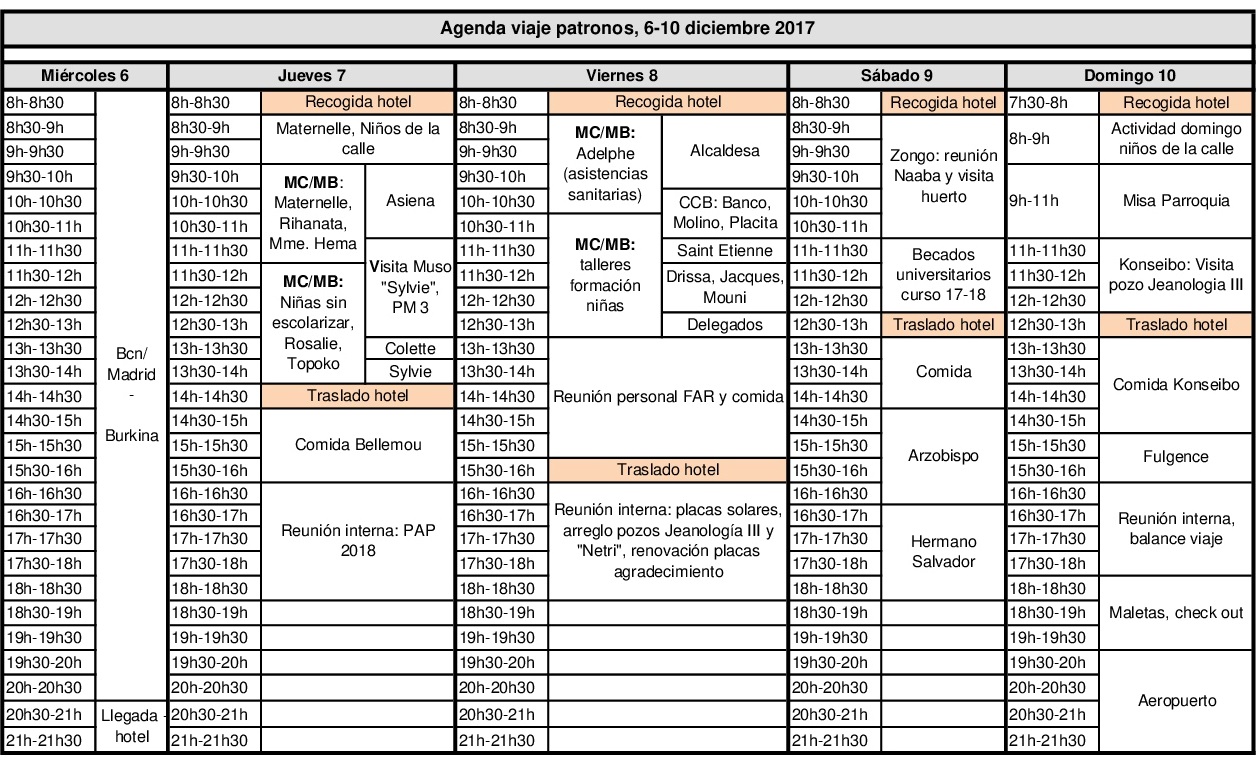 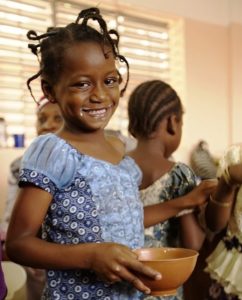 Photo 3: One of the nursery school’s princesses, with a milk moustache still over her smile

The Maternelle (nursery school) and everything related to the “formation of unschooled girls” and the women’s literacy program, led in Rimkieta by Rihanata and Mme. Hema and supervised by Mercè from Barcelona, run like a Swiss clock… They have many years under their belt, and excellent professionals, with a team of teachers, each of whom has her own yearly personal enrichment plan. Photos 3 through 6 reveal the particular panorama, with a nursery school “princess” just finishing breakfast, with a milk moustache still over her smile; Rihinata rallying the team in Rimkieta, the crèche at the Maternelle as they set it up over there there; and a candid of a visiting friend who pitches in with the mosquito extermination. Perfectly prepared team and methodology to tackle the much-awaited second Maternelle for 500 children in Zongo, as soon as we get use of the plot of land.

Photos 4, 5 and 6: Rihanata, with the FAR team; the nursery school crèche waiting for “Jesus”, a Xmas tradition in Burkina; and the “human mosquito net”. 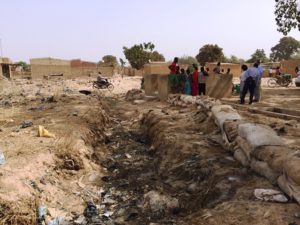 The Jeanologia III well: on-site visit to schedule work to repair the entry.

We managed to follow the agenda (in Photo 1) with the expected last minute changes like every year, and we were able to deal with everything scheduled. I’d like to point out that every project is directly supervised from Barcelona by one of the members of the “Central Team,” in order to verify the growth of the information we get periodically (from weekly to monthly, depending on the project) from Rimkieta, to give you an idea of the seriousness of our work. It’s burdensome, tiring… but efficient and it does justice to our motto as a business with no intention to make a profit, but with the intention to make a surplus, which assures, as much as possible, the future. By which I mean, it’s a business that tries to assure what used to be called continuity but is now known as “sustainability”. 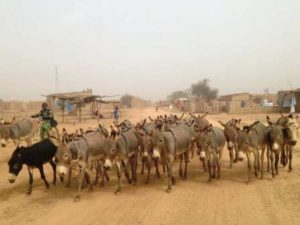 A drove of donkeys on Rimkieta’s main street.

FAR doesn’t seek to be big but rather puts its most noble efforts into remaining and persevering… So much so that, after 4 day’s non-stop there, just like in any business meeting, we always wind up with a summary and a to-do list for each person in charge. What’s unique in our case is that we don’t fix deadlines, because we came to the conclusion some time ago that in Africa, what’s important is to arrive; to arrive earlier is impossible. Its culture, very different from Western culture, might be summed up not so much by “don’t put off until tomorrow what you can do today” as “live through today and we’ll see what tomorrow brings.” It’s difficult for any European to adapt, which causes many to give up within a few years of starting any social initiative in Africa.

Our critics there say that what they admire most about FAR isn’t its size (1,400 direct beneficiaries), nor it’s infrastructure (always in perfect condition, which is unheard of), but rather that we have stayed 13 years on the front lines…

Everyone knows this is largely due to María (MVD), and to “la petit María” (as everyone in Rimkieta calls María Bacardit, who is from Terrassa). How lucky we have been to have her!

These are not trips for tourism or pleasure. They are extremely hard – though pleasing and satisfactory – work. This year, the five travelers agreed that it was the most productive and inspiring meeting we’ve had in years. The thing is, perseverance is no small thing: thirteen years later we have begun to see the fruits of our labor.

I’d also like to mention that María and Wendkuni, who’s become a neighborhood prince, as well as Patrick, are doing splendidly, if somewhat limited by the security norms necessary there.

A music class during the Sunday activities of the project that educates and reintegrates street children.

Last but not least, I want to thank you all, because none of this would be possible without your support, which helps us so much to keep moving forward every day.

Wishing you a very Merry Christmas, full of blessings, good health and peace, especially in your families. My most heartfelt affection, JCVD