The “March 8th” Reality in Burkina 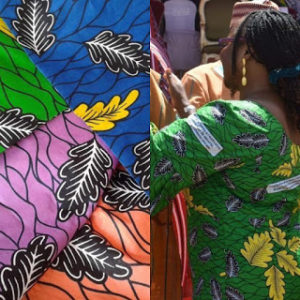 On March 8, we ‘celebrate’ International Women’s day. That day, in Burkina, in the year’s 635 days, women are ‘granted the right’ to ‘shelve’ all their problems and responsibilities. The few who can afford it, due to its approximately 15€ cost, will dress with the commemorative and emblematic fabric that is designed every year for the occasion. They´ll go out, sit down at bars with their friends and spend time together; they will even dance… then they will go back home at nightfall, to the same anguish and problems that have been waiting for them all day, and that will accompany them until next year’s eighth of March.

Meanwhile, for as long as this does not change, a girl is married every two seconds – yes, every two seconds -, somewhere in the world. In Burkina, 10% of women between 20 and 24 years of age are married before their 15th birthday, and more than 50% before they reach 18 (UNICEF).

Furthermore, during all 365 days of the year, about 830 women die every day – yes, every day – giving birth. 99% of those deaths occur in developing countries, and most of them could have been avoided. In Burkina, only 65% of births are assisted by the proper personal medical care (WHO). 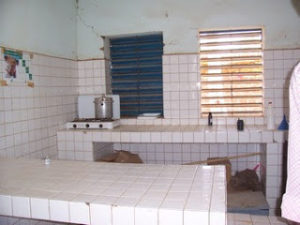 Of the 123 million illiterate adults in the world, 76 million are women – almost two thirds. In Burkina, more than 32% of girls don’t attend primary school… deprived of a basic education, and with little family support for education, more than 52% of girls between 15 and 20 years are illiterate. In Burkina, only 6% of women attend or have attended higher education. Only 35% of women have a bank account…

Even though I’ve seen some progress in recent years, the majority of Burkinabe women are still marginalized and aren’t taken into account in household decision making, not to mention being ignored at the local and national level. Most of them still live in a situation of highly dependent situation, as I mentioned earlier: illiteracy, forced marriages, early maternity, etc. 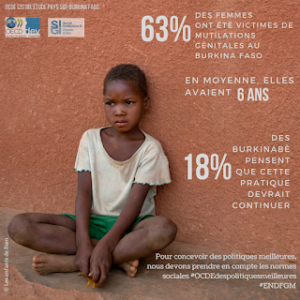 According to the OCDE, an estimated 200 million girls and women have suffered some kind of FGM

On days like March 8, on which women and children are the protagonists, my conviction in FAR’s mission not only reaffirms itself, but increases. There is still road ahead, and this year we made a step toward raising awareness of Female Genital Mutilation (FGM). According to the OCDE, in 2018 an estimated 200 million girls and women suffered some sort of FGM. In spite of being prohibited in Burkina, it’s still widely practiced, with 63% of girls and women mutilated, the majority before they turn 6 years old.

We are hopeful for our new project, which can only be possible with your support, year after year, and your encouragement to continue.

I’ll finish today by sharing with you an anecdote that occurred a few months ago, when I arranged the sale Spanish friend’s car. He suddenly had to leave Burkina and left it in my name, so that I could take care of it in his absence. I couldn’t sell the car without my husband’s consent… even though the car was in my name, and even though we are married and have separate tax status.

March 8 is good, but in some countries, the way it’s celebrated seems to be grotesque and hurtful. As I said, we have a long way to go! 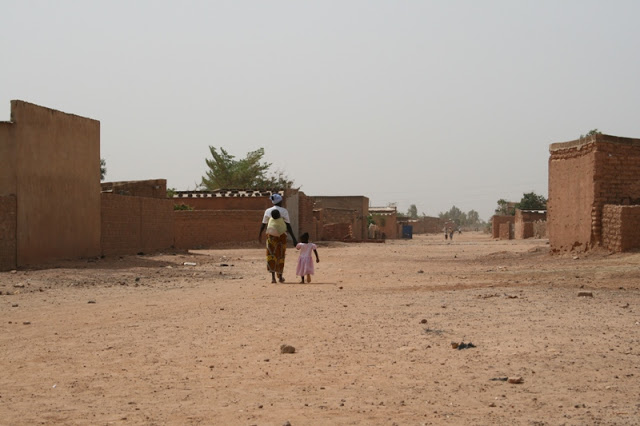 A mother with her two daughters, one on her back and the other holding her hand, walking down a road in Rimkieta