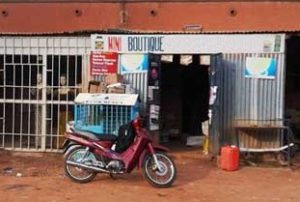 We’ve been dealing with a very, very delicate case for the past few months: that of AK – a girl from our “Education for unschooled girls” project. She was sexually abused by a neighbor who ran the shop where she habitually went to buy the little daily purchases her family needed.

I’m not going to “bore” you with all the details, but thanks to her courage, and thanks to our support and psychological treatment, AK is overcoming her experience. This has been the third case in a classroom of 75 students. And thanks to the understanding of her father, who has accepted letting the justice system work, because he who lives by the sword will die by the sword here (read the “Take Justice into Your Own Hands” post). The vendor has admitted to the abuse; AK’s and that of four other girls, and he’s awaiting trial. 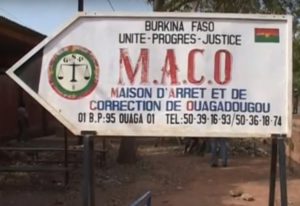 Usually, when one has admitted a crime and is awaiting trial, one waits in prison. But, apparently, and unfortunately, the GSP (Penitentiary security guards) have been on strike for a few months, providing minimum services, hindering the judicial process, and resulting in no new entries into the MACO (Maison d’Arrêt et Correction de Ouagadougou) jail. For that reason, the vendor has been under arrest in the police precinct for two months, when he should have really only spent a maximum of 72 hours there. So he was set free yesterday, until the MACO conflict is resolved…

When we received the news of the vendor’s release, the first thing we did was to talk to the girl’s father. Because one thing is to accept that the justice system is doing its job, but another very different thing is to accept that it’s not doing its job and that the criminal is on the streets, without a trial… It’s not easy to communicate something like this… and we had to witness the father reacting with desire to get up from his chair to go out and lynch the vendor. He wouldn’t be alone, a lot of neighbors and family members would have followed him without a second thought. AK’s mother, next to her husband, didn’t need to say anything, as her facial expression sufficed to transmit her support for her husband’s feeling. Even though we understood them, we had to intervene to calm the parent’s raging hearts. 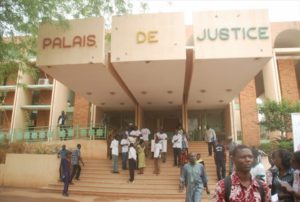 There is complete lack of trust in the judicial system in Burkina. Corruption is one of the main reasons, but, also, there’s the perception that the authorities and laypeople aren’t capable of fulfilling their basic duties.

Without going any further, MACO, the only prison in the capital, Ouaga, has the capacity to house 600 inmates, but always holds three times that many prisoners. A few years ago, I had an informal dinner with some friends and the Warden at the time. I took advantage to satisfy my curiosity by bombarding him with questions, which he answered without any problem, even though I thought he was a little bewildered because it’s uncommon for women to ask questions…

In case any of you are curious, here are some facts about Burkina Faso’s main prison:

– Personnel: between security, administration and social action staff, around 150 people work in MACO.

– Cells: the only “amenities” are sleeping mats on the floor, with capacity for 4 inmates, but up to 10 or 12 people share and sleep there.

– Types of prisoners: the warden told me at that time there were 1,460 inmates. 20 were women, 30 were underage and the rest were men.

– Prisoners’ nationalities: most are from Burkina, and neighboring or nearby countries like Togo, Benin, Niger, and Mali. And, at that time, they had a few Americans and Europeans. 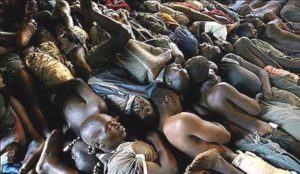 – Most common crimes: theft and “confidence abuse” amongst men, and “witchcraft” amongst women.

– Exercise: they are obligated to walk in the yard for an hour a day, and to play some sports every Tuesday and Thursday evening. Officially, this would apply to all inmates every day, but because of the overcrowding, they have to take turns, so they wind up just doing “some exercise.”

– Diet: twice a day. In the morning they have “bouille” (which translates to “boiled” millet or maize flour with sugar) and “tô” (traditional Burkinabe food, which also has a maize or millet base) or rice at night. If they are lucky, in the afternoon, they can receive food that family members or friends bring them.

– Hygiene: even though they aren’t checked, they are obligated to shower once a day, and to wash their own clothes once a week, when soap is provided.

– Most frequent illnesses: in addition to malaria, joint, eye and skin related maladies.

– Religious services: In their facilities, they have a catholic and a protestant chapel, and a mosque, all with daily services for those who want to attend.

– Visitation: prisoners can receive visits on weekends, and the average number of visits is 500 on Saturday and up to a 1,000 on Sunday. 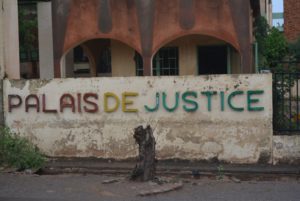 When I started writing this post, it wasn’t my intention to wind up telling you about Burkina’s prison system situation, but as I was writing I thought it was the appropriate moment to share this information with you. In reality, when I started writing I let my anger guide me, knowing the vendor is free. However, I don’t want to add fuel to the fire, and I’ll trust the justice system to do its job.

Because, at all costs, AK’s family needs FAR’s support by their side in a conciliatory tone, showing them the parallel path to the primitive “justice” of a public lynching