Today is one of those days when my heart is broken and not even the energy this land gives me daily is strong enough to comfort me. 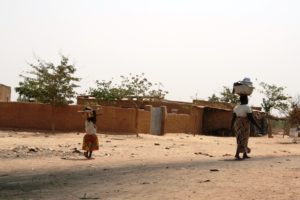 Monday morning, Madine visited us. She is the mother of Aline, who was one of our maternelle students who went on to receive a grant from our school scholarship program. We just signed her up in second grade for this academic year.

Madine came to see us to tell us that she had been widowed the past year, and that her husband’s family was going to take her daughter back – a “social custom” with very strong roots that’s unfortunately quite common here. The girl’s paternal grandfather claims her to take her to the village. The law does not defend this practice, but there aren’t many women who know that the law protects them from such cruelty. 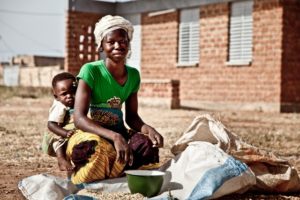 Burkina’s “code of people and families,” in its article 402, states that in the case of divorce or separation, “children less than 7 years of age will be entrusted to their mothers, save special circumstances in which said custody would be detrimental to the child.” Based on this article, society concludes that after the age of 7, the child then passes to the father’s custody. You can’t even imagine the number of separated or divorced women who live in anguish, knowing that when their children reach 7, if their father claims them, they will have to turn them over… 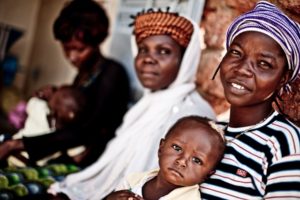 These same fathers who claim their children at age 7 neither visit them, nor show any interest in them, and even less do they support them economically until then. So it’s a huge drama, not only for the mother, but also in a drastic way for the children, who – overnight – begin to live with strangers.

The mother had tried to defend them with the fact that Aline has a FAR scholarship that would be lost if she went to live in the village, but not even that had worked. The paternal uncles sent by the grandfather to fetch Aline had said it wouldn’t be a problem, as they would work it out to return the scholarship sum.

Madine’s guardian angel guided her to come see us before handing Aline over. She hadn’t come to ask us for help, but rather to inform us of the situation and that she wouldn’t be able to bring us the girl’s quarterly grades – which we require of all scholarship students in order to control and follow up with the project. Madine was sure she had to give Aline over, and was completely submissive.

I immediately called our contact in Social Action, who has helped us so much with the hardest cases in our “education and reintegration of street kids” program, to ask her what could be done. She confirmed that in the case of widows, the child belongs permanently to the mother, and she directed us to a department that takes care of cases of this sort. 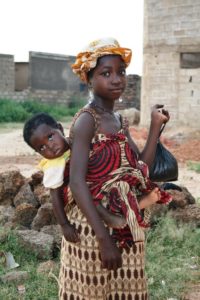 The worst part for me was seeing that on hearing the news, Madine’s only reaction was to thank us – with a changed look in her eye – and tell us that she couldn’t stand up to her husband’s family by herself. Before doing anything she would have to get her family together to see if they were in agreement with going to Social Action and taking the steps necessary to keep Aline from having to go to the village with her grandfather.

After having called us that very Monday to tell us her family supported her and they would go to Social Action, I got to my office this morning to discover Madine accompanied by 3 men.

The three men had been sent by the grandfather. Two were paternal uncles and one was the family sage. They had been there since Tuesday ceaselessly insisting on taking the girl, with no fears whatsoever of Social Action or the justice system. Faced with such persistence, Madine’s family had told her last night that it was best to give them the girl, that even if the law came down on her side, the men weren’t going to give up and it was tiring; that the neighbors were beginning to talk; that it wasn’t good for the rest of the family…

Madine came to see me this time with them, submissively accepting things how they were, for the sole purpose of their confirming to me that they would return Aline’s scholarship. I’ve gone through very complicated situations here, but facing these three this morning has been among the most difficult… How can you argue for the right of a widow who’s been left with nothing to the custody of her daughter in a society in which the social “code” aggrandizes men as supreme and all-powerful bosses, and in which there is a strong ancestral belief that children belong to their fathers? The Burkinabe woman is a mere procreation machine. She is invisible. She doesn’t even inherit when widowed. Everything, including the children, becomes the property of her late husband’s family. Women here have no voice in decisions about family matters and are notoriously absent from political and economic decision-making circles. 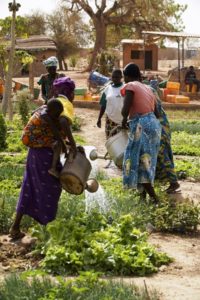 I’m angry, frustrated, and very sad. Even though the grandfather’s emissaries threw in the towel with respect to taking Aline, they did it declaring that they would “cut off all relations” with the girl and her mother, and “if anything happened to the girl, don’t count on us.” Those assertions were music to my ears, but they turned out to be the key to the ill-fated ending to Aline’s case.

The mother read a threat between the lines… She knows the story of a widow like her whose 9-year-old son, after months of custody battles and after the paternal family “cut all ties” with them, fell into a well and drowned… There are no arguments or laws to support you against beliefs like these. Madine prefers to give Aline up than to live the rest of her life afraid something will happen to the girl. 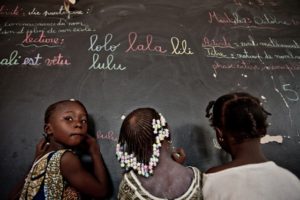 So tomorrow Aline is going to the village with her grandfather, where she will not be enrolled in school but rather will work for him, and where before long she will be given in marriage to a man twice her age.

The only consolation I am left with is seeing the 20 girls from this year’s “unschooled girls” project, which will arrive shortly. Social change can only come if women are taught, from a very young age, that they – as women – can think, can have opinions, can prefer one thing over another, and can decide for themselves.

ThoughI’m not sure that today even this will comfort me, what is certain is that tomorrow is another day. 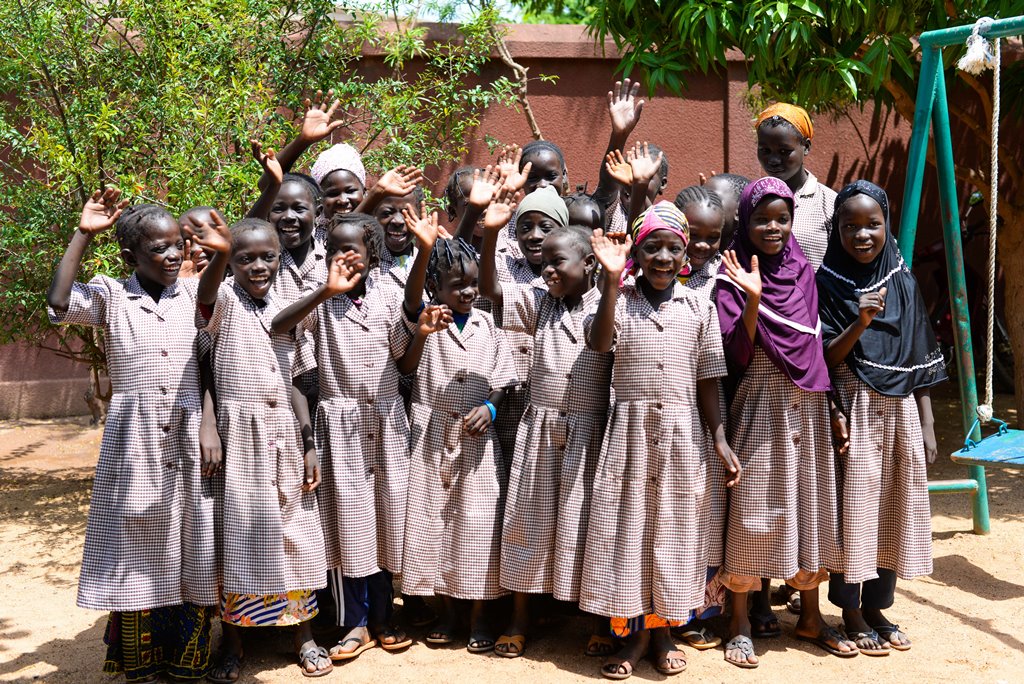