I recently heard that some African politicians consider bicycles to be a symptom of the continent’s failure to advance. Yet, cities with the highest urban cycling rate are “rather advanced” cities and among the richest in the world. Seven years after the delivery of the first bike for Rimkieta, and having arrived this month to 4,000, I cannot be more proud and grateful. Surely, some 15,000 “Rimkietans” today have a means of transportation.

I must confess that I was somewhat wary of the idea of starting the “Bikes for Rimkieta” project because of how difficult it is to manage anything here in Burkina. But Rimkieta is a neighborhood of long distances and no public transportation, which considerably limits mobility and its development. FAR, whose goal is to develop the best possible living conditions in the neighborhood, had to take it on. We spent months designing the project so as to generate the lightest possible administrative workload. Just imagine what it’s like to deliver between 600 and 700 bikes each year, with their corresponding contracts signed before “moral” (non-economic) guarantors, their monthly payments, their repair control cards to ensure proper maintenance, etc. We always have about 600 bikes active. We had to think very carefully about how to manage this heavy administrative burden: at least 800 operations at Burkina’s pace… Yet it has turned out to be one of the projects whose impact is immediately felt, as well as being profitable at many levels for each of its beneficiaries and their families!

Contrat’s signature in presence of the moral guarantors

Behind each of those 4,000 bikes, there is a story of someone whose bike has literally changed his or her life. A child who has traded walking the daily 10km round trip to school -about 4 hours – for pedaling one hour a day. A girl entrusted daily with supplying the family with water, coal, or firewood who can now transport them on a bike. A mother who could not enroll her son in the Maternelle Valencia (FAR’s nursery school) because the distance did not allow her to drop him off and pick him up, yet six years later sees him having reached 3rd grade. A woman who has expanded her small business’ reach by miles. These are just a few examples of the immediate impact and profitability of a bike here in Rimkieta.

During the project’s 7-year lifespan, we have tried to reach the people most in need, and we still have some 500 requests on the waiting list. To this end, each beneficiary of a bicycle – almost all of them women and children – is decided as the result of some research, in order to reach “only” those most in need. One of the decisive questions is the use that will be given to the bike. Once, someone who already had a motorbike to get around asked for a bike for exercise! Of course, I have nothing against that idea: On the contrary – every New Year I resolve to do just that… Still, it is amusing that the applicant requested it for that purpose after we had explained the project’s objectives. 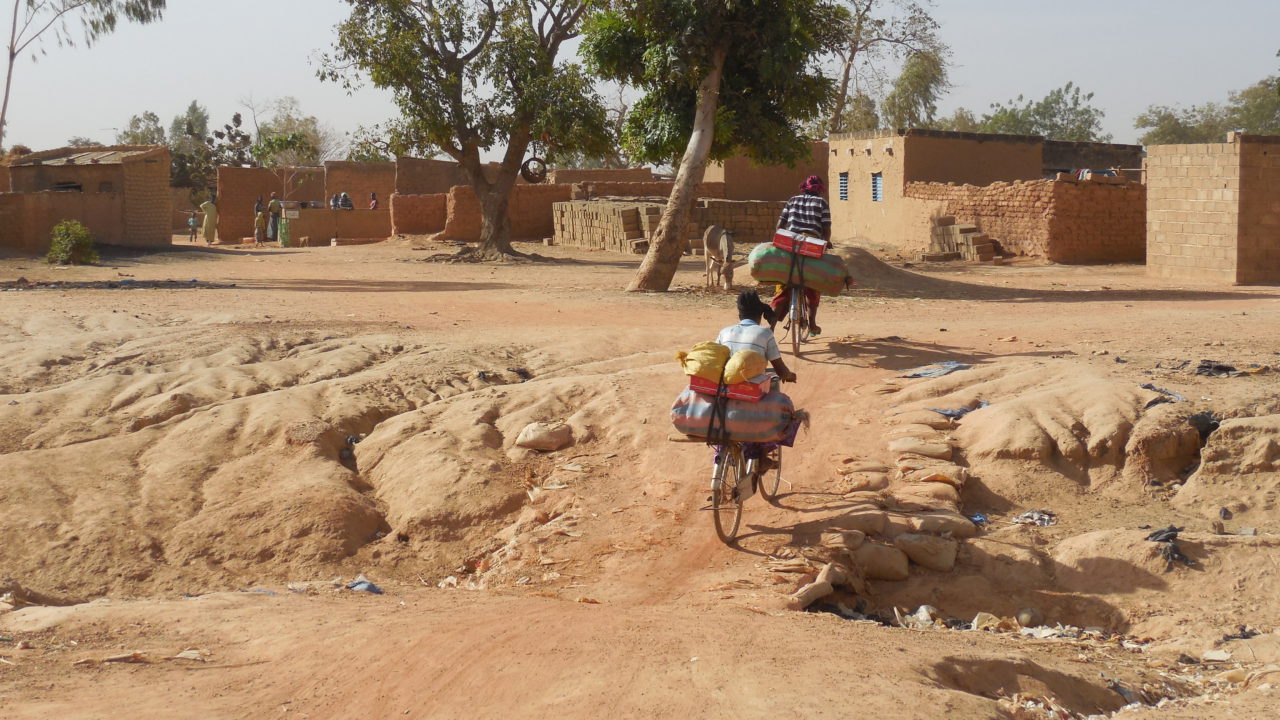 Over these 7 years, we have also adapted to the neighborhood’s evolution. Ouagadougou, the country’s capital, is growing and evolving. Rimkieta, an outlying area of some 30 square kilometers (around a third of Barcelona), is traversed by a pothole-ridden dirt track. When this project began, the few bikes in use were the “queens of the track,” alongside pigs, chickens, goats, lambs and donkey-pulled carts. This track has now become a transit route that serves the motorbikes and cars that access the center of the capital through Rimkieta in addition to the animals, bikes and carts.

Moreover, a bike is the only means of access to the city center, where the streets are paved and there are even some newly placed traffic signals, traffic lights, pedestrian crosswalks and roundabouts. This has required us to add basic road safety training for the cyclists who receive our bikes, so that they are not a danger to themselves or to others. Almost no one from Rimkieta knows what the traffic signs mean or how to circulate in a roundabout.

I’m sure you’ve heard me say more than once that Burkina drains my energy every day, only to give it back to me twofold, and that every day I mentally pack my bags to leave. Writing this story, I have realized that one of the sources of that extra dose of energy, thanks to which I end up unpacking daily, could well be the immediate impact of the bikes. Their direct impact on me is the immense privilege that I have of crossing paths almost daily with one of the beneficiaries of the bikes, coming or going from somewhere, which always makes me smile. 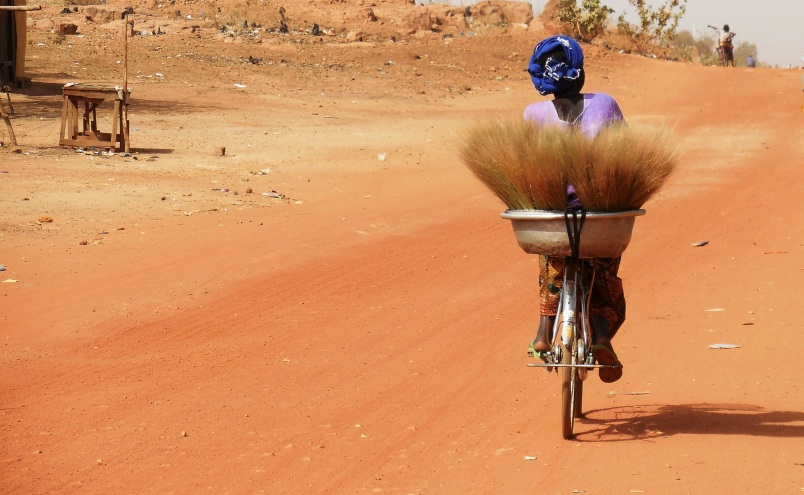 Extra dose of energy from crossing one of the FAR’s bike on the road!

The purpose of this post is to thank, from the bottom of my heart, all those who have made these 4,000 bicycles possible, and to share with you this “energy boost,” in these difficult and uncertain times that we are all living, here and over there.

(1) “Thank you very much and may God’s mercy put an end to COVID” in Mooré, the language of the Moosi, Burkina’s ethnic majority.