Just What We Needed! COVID-19 is Here!

Just What We Needed! COVID-19 is Here! 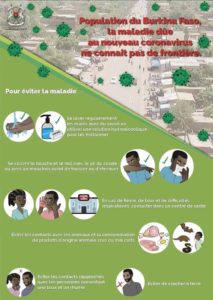 Recommendations of the Government of Burkina to avoid contagion

It was inevitable, despite my hope that some kind of divine justice would make this lousy (to put it mildly) virus leave unscathed this continent that suffers so much from other “viruses” – not only those that carry disease.  But that didn’t happen.

In an abjectly poor country that has been at war against militant Islamists for some time, a situation that has now turned into a kind of civil war, we are “entering the tunnel” of COVID-19.  Just what we needed!

The first case was diagnosed just two weeks ago.  The Government, waiting to see how it develops before taking any further measures, has declared for now the following: 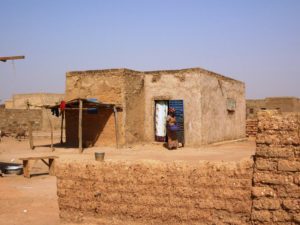 Furthermore, the Catholic Church, as well as Protestant churches and the Muslim community – highly relevant institutions in this country – have suspended all religious services.

The curfew may seem insufficient, but the reality here must be kept in mind…. It’s very difficult to declare total confinement.  Practically no families have the resources to store even the necessities to sustain even 24-hour’s confinement. In a one-room dwelling of only a few square meters, not much can be stored.  As you have heard me explain many times, people survive one day at a time here.  Women have to go out every day to earn a bit of money to buy the bare minimum of food to be able to eat that day, or to collect water and firewood to cook on.

This explains the general mindset of the moment:  “If I don’t die from coronavirus, I’ll die from hunger, and I’m more likely to die from the latter than from the former.” So realistic and so harsh. 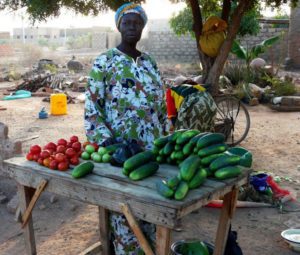 A woman and her stall selling tomatoes and cucumbers, an activity that allows her to survive day by day

Last Saturday, the 22 was the first day of curfew.  I’m heartened that the police have taken the idea of keeping order very seriously.  But it shocks and saddens me to see how they go about it.  Here, fining people for going out on the street doesn’t work.  The way of getting you to go home if you’ve broken the curfew is to give you a beating. By that very Saturday evening we already had disturbing videos and images of such things. There were some amusing ones as well, like a video of three elderly men caught walking about when they weren’t supposed to – the police made them drop to the ground and do push-ups while repeating “I must respect the curfew, I must respect the curfew, I must respect the curfew.”

At FAR, we held several meetings with the entire staff to explain the standard preventative measures even before the first case was diagnosed here. What’s more, everyone related to the educational projects (the “maternelle” nursery school; education and reintegration of street kids; education of unschooled girls; school and university scholarships; sports training; and literacy for mothers) is already working “from home.” We have established something simple that we hope will prove effective:  follow-up phone calls to all the projects’ children to keep them aware of the ways to avoid contagion and to remind them that they should study at home even though they don’t have to go to school.  It takes some guts to keep doing – with determination and affection – something whose effectiveness you doubt with every fiber of your being, but we keep it up. 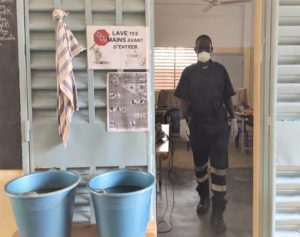 Entrance to the FAR administration office equipped with a mandatory sink before entering, and Bassila, one of the guards, duly supplied.

The health service project, of course, and the cereal bank, cereal mill and wells – as they are primary necessities – are still running while we await further developments.  We continue to insist on protective measures, both among personnel (masks and gloves) and also among the `projects’ beneficiaries, providing water with bleach and soap for hand washing.

The vegetable garden, entrusted to women who “work on their own” and can therefore continue to care for their little patches and sell their lettuce, also continues to function while we wait to see what happens.

Providing bicycles and planting trees are on standby.  The microcredit program is also still functioning.  We have subcontracted its management to a microfinancing institution created by the French “Entrepreneurs du Monde” association, who are working with the protective measures they see fit.

As of March 23, there were 114 cases confirmed officially, 800 people under observation and “obligatory confinement” for having had direct contact with the sick, and four dead. I don’t know if these figures are large or small for the early phase, nor am I sure if they represent reality…I suppose that the curve you talk about there will be more or less the same…weeks, or perhaps months of uncertainty ahead…

COVID 19 progression from 9 to 23 March in Burkina Faso

What I do feel sure of is that if the heat doesn’t reduce the contagion’s rapid extension and virulence, and it winds up developing here as it has in the countries that have experienced it, we are in for it!  May the Virgin of Yagma protect us!

I’m not going to kid you. Hearing last Friday afternoon that the border closing was declared for Sunday and everyone who wanted to leave the country should get moving gave a person a lump in her throat and something to think about… Because of the fragile situation Burkina is already in, which could lead at any moment to a coup d’état or a popular uprising, we have been prepared for months (materially and mentally) for some sort of isolation. Yet I never imagined the kind of confinement that is happening in advanced countries.  I’ve been caught completely off guard, just like everyone else, I’m sure!

I’m aware of the fact that for the time being – who would have imagined it – we are better off here than there.  We are all – believers and non-believers – praying, each in his or her own way, for Spain, Italy, France, etc.  Please don’t forget to set aside a space for us in your prayers and thoughts so that this darned bug sees it doesn’t like heat over 40 degrees and decides to leave us alone…

We are counting on you!  Thanks a lot!