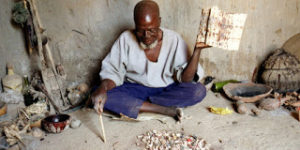 A sorcerer sitting between his fetishes.

The father of a friend of mine passed away a couple of days ago. I want to believe that an autopsy would rule out the reason why he – overnight, without any previous symptoms of illness – was said to have died: a “wak” (evil eye) from a family member with whom he was having a dispute over land-property.

Witchcraft, understood as a “belief where an inexplicable harm is due to the maleficent intention of people who are gifted with supernatural powers,” has a great importance Burkina’s day-to-day social fabric. There’s an abundance of witches and wizards with hidden powers, real or alleged, which attract an abundance of clients in search of riches, health, vengeance… many men and women of all social strata visit them daily. I think 99% of the population believes in them. They move a lot of money and many disappearances are attributed to their human sacrifices.

A couple of years ago, as a recent example, one of the women responsible for the management and sales of FAR’s “Jeanology 1” well, in Zongo, was accused of provoking the overflow of a water evacuation channel, causing the death of five children, her own grandson among them. The purpose: to steal their souls for sacrifices. In time, which puts everything in its place, the accusation became an “anecdote,” if I might call it that, of no consequence to the woman.

She’s been very lucky, because these types of accusations, which are invariably “judged” by a local neighborhood committee, wind up banning the accused woman, who becomes ostracized by family and friends, and ceases to exist in their society. The banning these women suffer is such a serious issue that the government provides housing centers for them.

The justifications for these accusations are varied, one more banal than the next. From not having had any children to the illness or death of a husband (the accusations coming from the husband’s relatives), or a family member’s illness…

I recently heard about an ancestral ritual that consists in gathering the whole town or neighborhood around the cadaver of a person who has died in allegedly supernatural circumstances. The cadaver will guide the people carrying it toward the guilty party responsible for his or her death, which in most cases is usually a woman… The best thing she can do is to flee the scene beforehand, if she feels she’s going to be accused, because the best outcome she can hope for in that situation is to be stoned for her offense…

Our beloved naaba met with the women who tend the garden.

FAR’s vegetable garden project “Fundacion Netri” for women from Zongo also has had its own anecdote a few weeks ago. A woman who works in the project found in her parcel what she thought was a “wak” (an evil eye): a paper that contained powder. The women shook with fear and they ran from the garden as if it were possessed. They called us and we immediately went to see Rimkieta and Zongo’s Naaba, the traditional leader who plays a crucial role in Burkina’s social cohesion. We have a wonderful relationship with him. The aforementioned garden project is housed on land on his property, loaned to the FAR for that purpose. The “sa Majesté,” as we call the Naaba here, quickly told the women that the incident was no sacrifice, nor anything similar, and that they should forget such foolishness and go back to work. The Naaba thinks that someone wanted to terrify the women who worked that plot of land, probably because of a family feud. And if a Naaba, a celebrity per excellence honored with the practice of traditional rituals and sacrifices, deems it’s nothing, it’s nothing. As we left his home, we could see the women going back to water the garden, as it was overdue.

I started this post by writing that “I wanted to believe” that the autopsy would rule out the supernatural element regarding the death of my friend’s father. I want to believe it because, even as I find a material explanation for most events that many don’t find here, there are also others for which reason isn’t always so evident, and it’s only human to be left with, at least, some doubts… Somewhat like the Spanish refrain “meigas e bruxas galegas que existir non existent mais habelas haynas…” (Roughly, ‘Galician witches don’t exist, but they have them there’).

In conclusion, I must confess: every time that we cut my son Wendkuni’s, hair, we pick it up and bring it home. The hair salon also does this. It’s just in case, as we use hair in many of our rituals here. I’m afraid that, as my father says, I must be “africanizing,” for better – of which there is plenty – and for worse…

A special thank you to the photographer Santi Llobet for his pictures. Each of them has a tremendous story behind it. Here you have a couple of them. 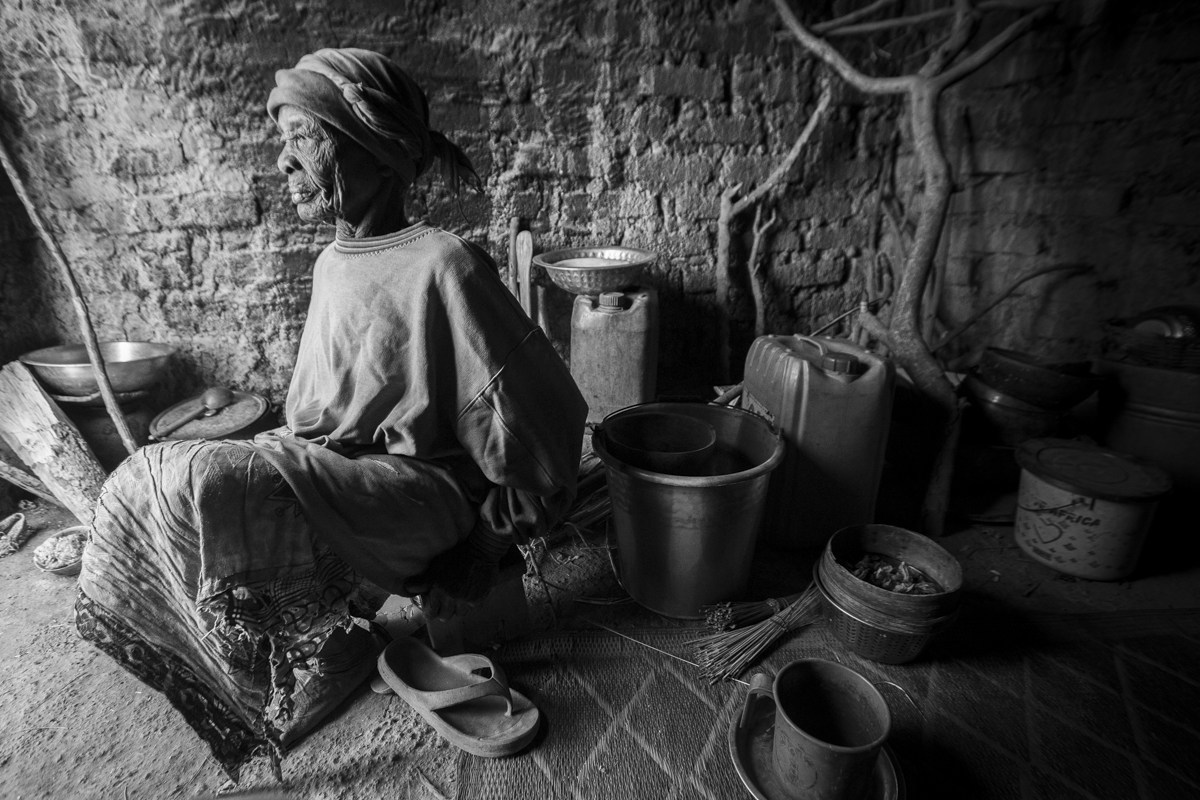 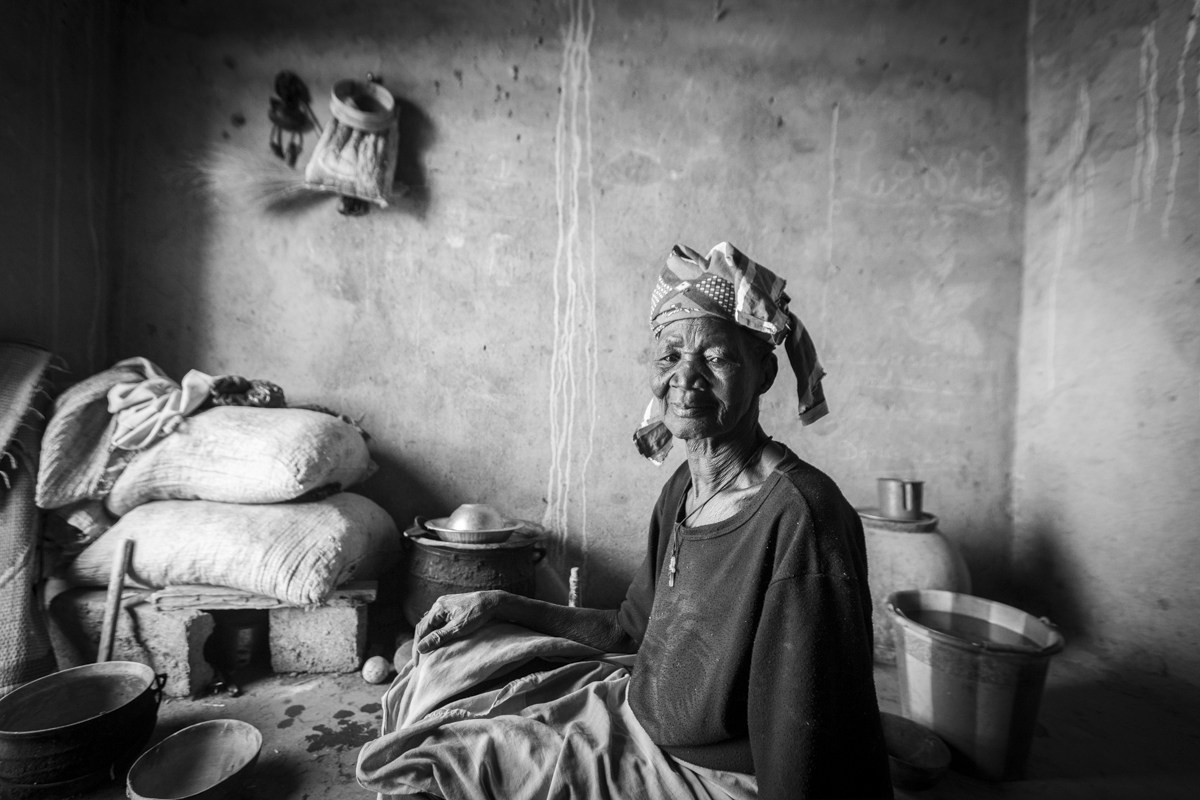 Sidmanega Gansonre, 93-year-old mother of 9 children, (who died in 2018). After the death of the son of her “coepouse” (the second wife of her husband), she was accused of witchcraft, most likely by the “coepouse” in order to have the husband to herself. She lived more than 25 years banished. 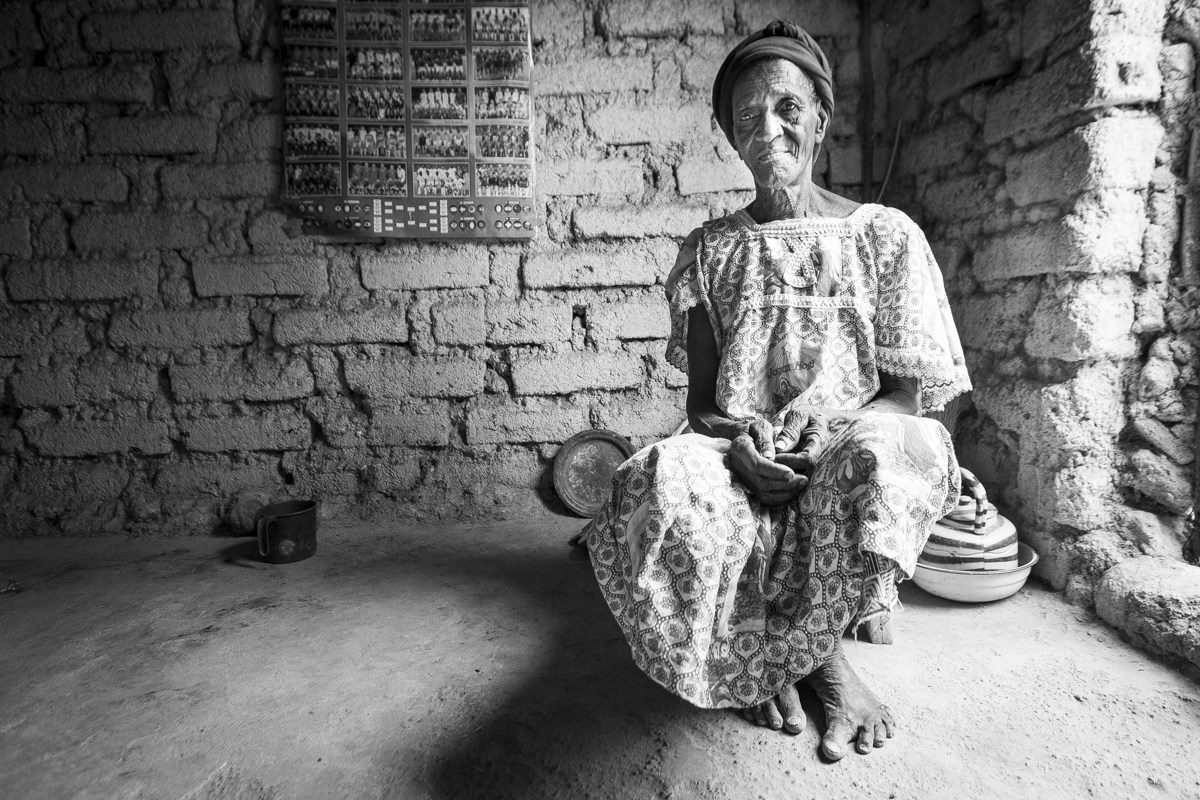 Falato Warma, 71-year-old mother of 4, lived in exile for more than 30 years. She was charged with having caused the death of a 5-year-old child with the ritual of “le port de Siongo.”