When you Haven’t Enough Even for a Bar of Soap

One of my first tastes of reality of what it means to live day to day, without even basic necessities covered – so-called subsistence economy – was a visit to a sick man in Ouaga’s public hospital…. 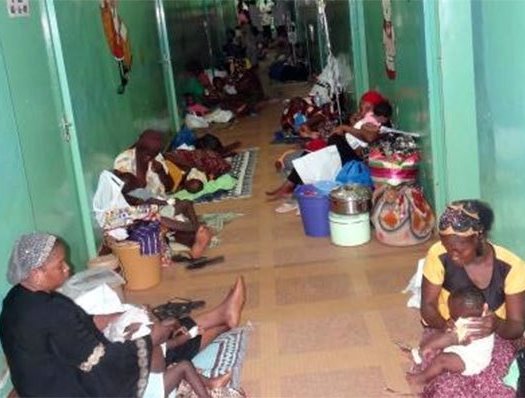 So I was delighted when the FAR’s personnel representatives told me what they had decided to do this year with the collection from the charity box, which we use to promote among our employees a true sense of giving without expecting anything in return.  Because there are too few practices like this one, that fill us with true happiness. And because it’s rather counter-cultural here, where you usually give with the expectation that what you have contributed will be returned in due time.

I promise to write a special post explaining the ins and outs of the health system in Burkina.  But today I want to share with you Jacques’ story about the FAR employees’ visit to the Charles de Gaulle children’s hospital and the Paul VI CMI to deliver the charity box collection in the form of a donation of soap for the patients.  Jacques is in charge of the Training and Reintegration Program for the street kids and the number one personnel representative. Here’s what he had to say:

“The charity box is a beautiful initiative by our President that inspires us and encourages us to give without expecting anything in return – an unusual practice…  Following the example of FAR’s Patrons and donors – thanks to whom the projects in Rimkieta are possible – FAR personnel anonymously and voluntarily donate each month whatever they can to the charity box.  The annual proceeds are given to different social initiatives that are voted on by the entire staff. 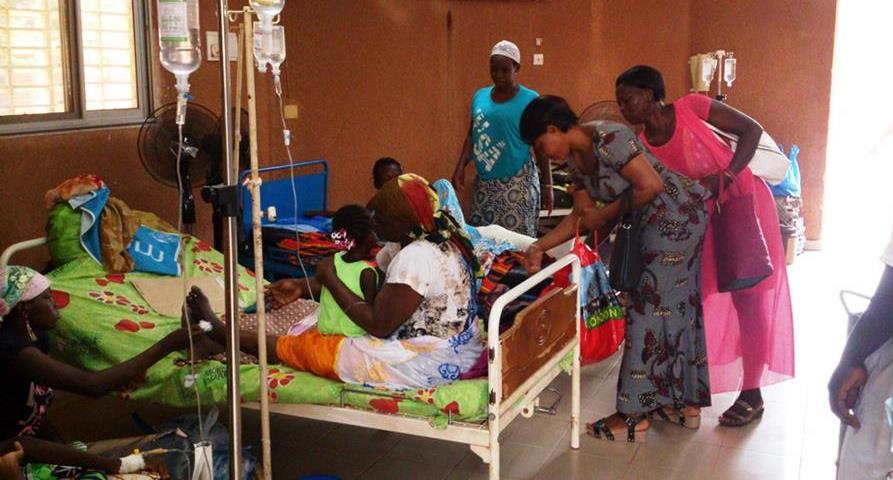 Soap offering by the FAR’s employees to the “CMI Paul VI” patients.

This year, the proposition to donate soap to the patients at the Charles de Gaulle pediatric hospital and the Paul VI Medical Center won the vote to receive the 75,500 Fcfa (115€) collected.”

The children’s hospital’s communications representative explained that it is “a third level public health center… (which means it is considered to be a ‘hospital,’ of which there are only 3 in the whole country), created in 2001, dedicated exclusively to children from 0-14 years of age, and the only hospital for pediatric surgery in the entire country.” The spokesperson stressed that “the patients are sent to the hospital by health centers where they’ve had to spend what little money they have in primary care and diagnosis, and they arrive here in great need of most everything.  So initiatives like yours are most welcome.”

The Paul VI Medical Center’s director, the abbot Jean Douamba, explained that his is a “public health center with some surgery resources, founded in 1985 thanks to an Italian religious congregation in response to a call by the Church.  Pope Paul VI organized a collection to contribute to carrying out then-Archbishop of Ouagadougou Cardinal Paul Zoungrana’s project.” It’s one of the few medical centers in the country with a surgery ward (there are only 5). Douamba thanked us for the visit that “would help lighten the burden of the sick, who don’t even have enough money to pay for their medicines, not to mention to buy soap for basic personal hygiene and washing their clothes…” 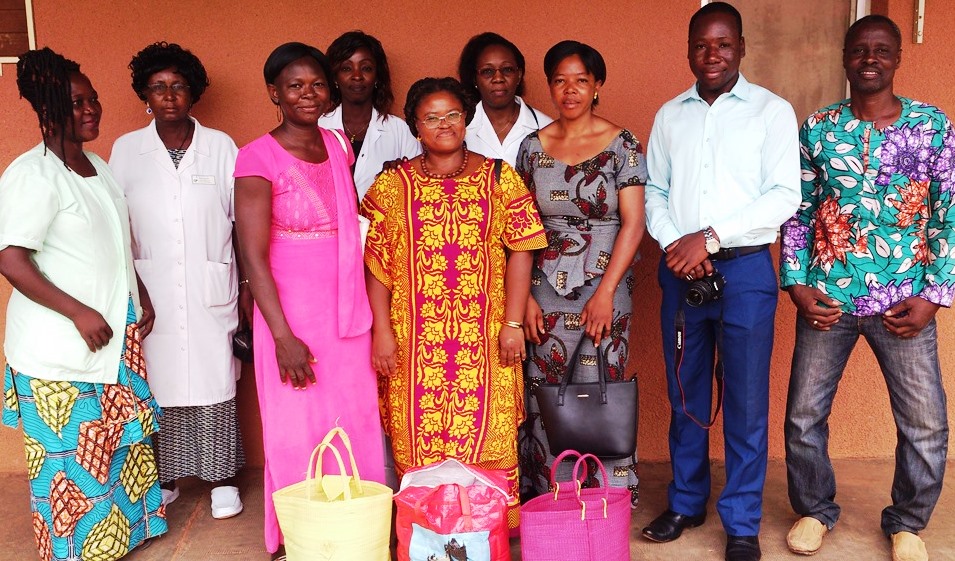 The visit and soap donation were an enriching experience for all of us.  Having managed to provoke smiles – by a mere gift of soap – from the 140 patients, who were sad when we arrived, filled us with joy.  The directors of both centers invited us to come again, even just to visit and comfort the sick, with no need to bring anything.  With this visit we reaped the benefits of giving without expecting recompense, as our President unceasingly instills in us.

I’ll end by passing on the blessings and thanks we received from the patients for FAR, its donors and its staff.

Long live FAR and all who make it possible!!